Shiddat: Journey Beyond Love is an Indian upcoming Hindi language romantic drama film directed by Kunal Deshmukh and produced by Bhushan Kumar and Dinesh Vijan under the banners T-Series and Maddock Films. The film stars Radhika Madan, Sunny Kaushal, Mohit Raina and Diana Penty and principal photography began in November 2019. Shiddat wrapped up shooting in March 2020 and was targeting a September 2020 release, but the release was indefinitely delayed due to the COVID-19 pandemic. The film will be premiere on 1 October 2021 on Disney+ Hotstar. 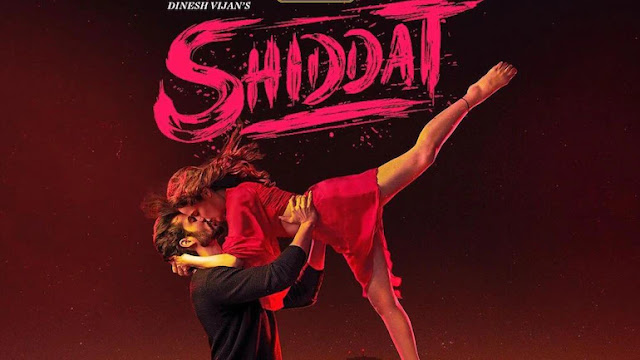 Here is the Trailer of Shiddat
zxcvb

What is the Release Date of Shiddat?

The Shiddat will release in Cinema On 1st October 2021.

The film is produced by Dinesh Vijan’s production house Maddock Films who has also produced films like Hindi Medium and Stree. The producer had earlier said, “Shiddat is not only a story about love but the distance one travels for it. The passion that overcomes… Maybe all senses or logic to do things that you wouldn’t usually imagine, the belief in something with all your heart and the drive to achieve it- that’s Shiddat.”
Directed by Kunal Deshmukh, the film is written by Shridhar Raghavan and Dheeraj Rattan and produced by Dinesh Vijan and Bhushan Kumar.